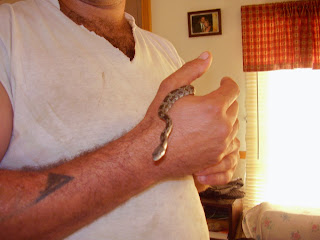 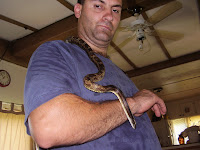 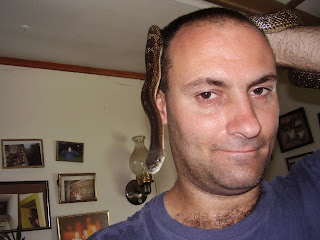 Sirrius was just a baby when I got him two years ago.  He is getting pretty big now.  He is one of my favorite snakes because he is so gentle.  This one and Hermoine are the  two snakes that I allow children to hold, they are so docile.    Sirius has black, brown and green in his scaly skin.  He is a very beautiful snake.  If people could meet him and see how wonderful he really is, maybe they wouldn't be so quick to kill snakes like him  when they encounter them.  He is also one of the few snakes I have that my wife likes.  She will even hold him.  Hermoine also, but those are the only two.  Ghosts are her thing.  Snakes are mine.  And I wouldn't have it any other way.
Posted by Mike at 11:02 PM No comments:

Snake Numbers Declining Around The World 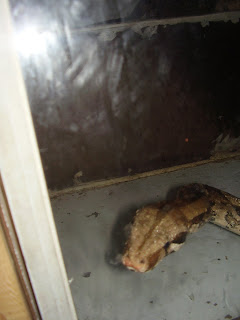 WALLINGFORD, England, June 9 (UPI) -- British-led scientists say they have determined several global snake species have experienced a significant decline in populations.
The researchers, led by Chris Reading from Britain's Center for Ecology & Hydrology, said they examined long-term data collected between 1987 and 2009 in the United Kingdom, France, Italy, Nigeria and Australia involving 17 snake populations in tropical and temperate climates and discovered declines in eight of 11 species.
The scientists noted snakes are top predators and any decline in their numbers might have serious consequences for many ecosystems.
"This is the first documented evidence from anywhere in the world that snake populations may be declining," Reading said. "Although we do not know the cause of these observed declines, we wish to alert snake ecologists to what appears to be happening and to stimulate further research."
The study is reported in the journal Biology Letters.
The question is, because this is snakes we are dealing with, will anyone care that they might disappear from the earth?  I would.
Posted by Mike at 6:19 AM No comments: 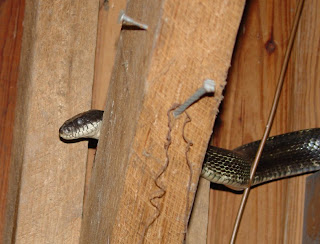 ET sent me a picture of what she thinks is Mrs. Blossom. My only thought was "What a beautiful Black Rat Snake!" Keep them coming ET! The saga of Mr. And Mrs. Blossom will continue as you send me the pics!
Posted by Mike at 8:06 AM 4 comments: 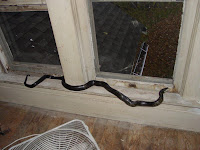 Remember Blossom, the Black Rat Snake? He visits a nice lady named Elaine in Southwest Ohio. She got some nice video of him and I am posting it on here for you to see. He is one big snake, but very gentle. She seems very close in the video and he just looks at her. Another perfect example of how snakes won't hurt you. They just want left alone. Blossom never once even offers to harm Elaine. Thanks Elaine for the great video!!! Blossom is a nice friend to have around the house!

Another Dropped Off Pup And It Pisses Me Off! 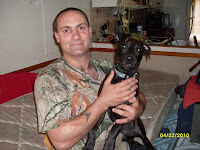 This little guy is Echo. I found him wandering down at Grimms Bridge near Calcutta. He had on a blue camoflage collar. Echo is 4-5 months old and was just abandoned down there by some ass hole who had absolutely no regard for him at all. We pulled 16 ticks off of him as we cleaned him up. He was so scared and hungry. He is just a baby.
http://www.petfinder.com/petdetail/16237726
Here is a link to see him. He is currently at the Columbiana County Dog Pound. I have 7 dogs already from other stupid ass holes dumping their dogs out around here. I would loved to have kept the little guy otherwise. The pound assures me that they have not put a dog down in over 6 years. I told them to call me if that ends up being his only option.
Please don't dump your unwanted pets out in the middle of nowhere. You leave them to fend for themselves against ticks and fleas, other animals like coyotes, and the chance of being hit by a car. If the area is remote enough, they face starvation. Don't be a stupid ass hole like Echo's former owner. Please take your pets that you don't want or can't keep to the shelter. It often does not cost to leave them, or if it does, the fee is usually small. Your pets are a part of your family. Don't just throw them away. 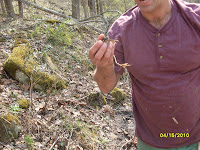 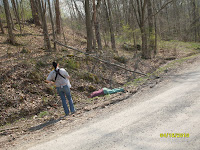 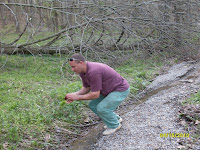 I am busy right now looking for different snakes in my area and getting pictures of them, identifying what I find, and ultimately, putting it all on here. Since the snakes are awake now, I should be having some luck. However, I didn't have any today. I did find a couple of frogs, as seen above. Slippery. Slimey. Amazing. Keep checking back. Are there any snakes in particular that you are interested in from the Ohio area? Let me know and I will do my best to find one, and what ever I can about it.
Posted by Mike at 9:08 PM No comments:

I ran into this video and thought I would share it. This snake is huge!!! Let me know what you think. I am still looking into what kind of snake it is. Possibly Anaconda. All I know is when I saw it, I had to put it on my blog. Enjoy.
Posted by Mike at 8:36 PM No comments: 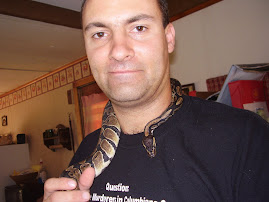 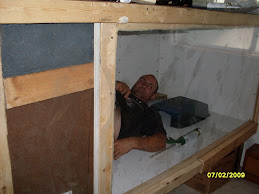 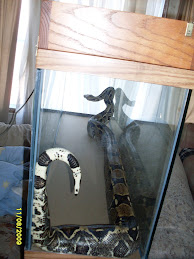 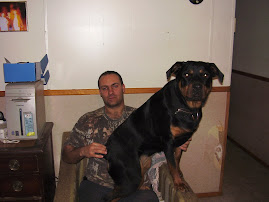 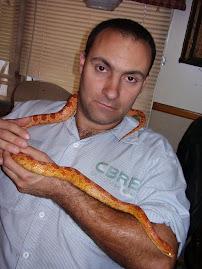 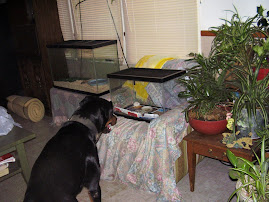 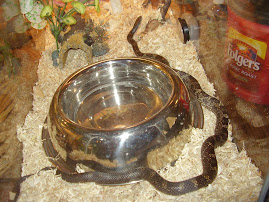 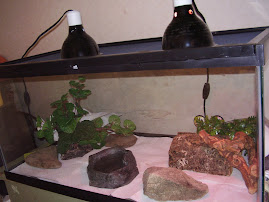 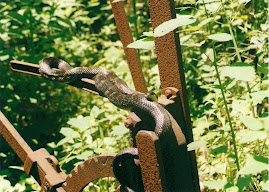